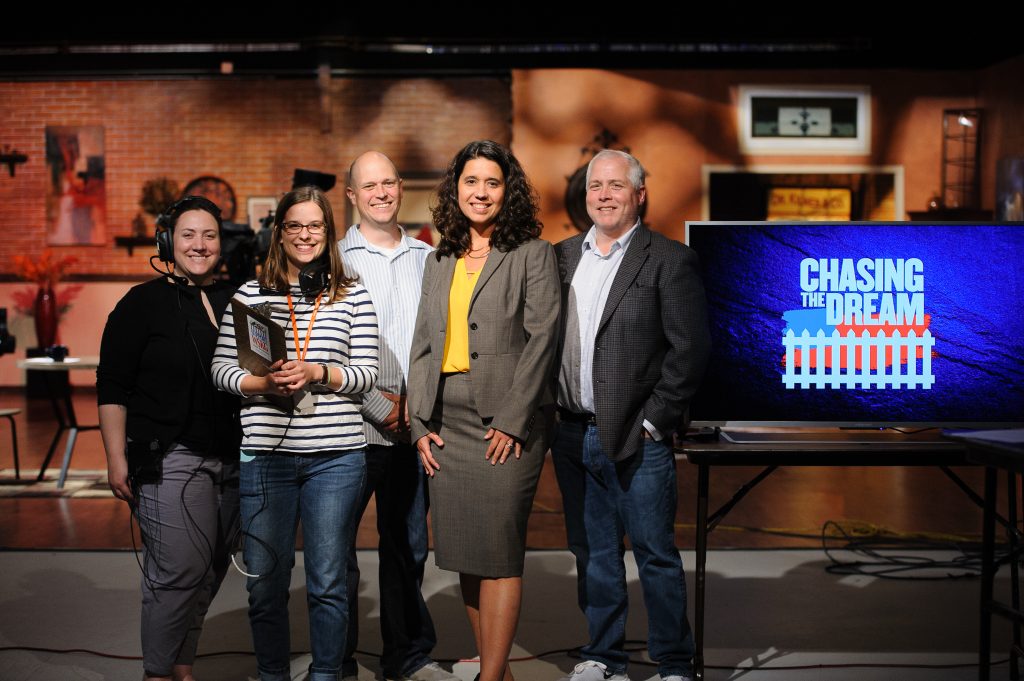 Congratulations to our friends at WSKG Public Media who have been nominated for three Emmy Awards for outstanding work in social issues and documentary production, including a series hosted by our own Natasha R. Thompson!

The New York State Chapter of the National Academy of Television Arts and Sciences announced nominations for the 2019 television season on February 25.

The first season of Chasing the Dream, an eight-episode public affairs series which explores the local aspects of poverty and other relevant social issues, captured a nomination in the category of Public/Current/Community Affairs series for producers Brian Frey, Bailey Normann and Alyssa Micha. Natasha Thompson, President and CEO of the Food Bank of the Southern Tier, hosts the series. 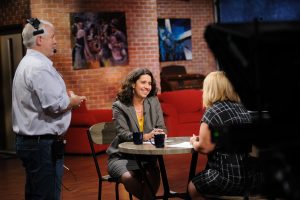 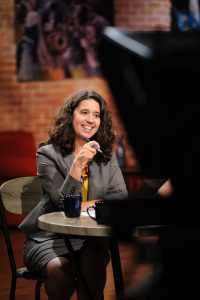 The winners of the New York State 64th annual Emmy Awards will be announced at a black tie ceremony on Saturday, April 18 at the Marriott Marquis in New York City.

WSKG Public Television and Radio serves 21 counties across New York’s Southern Tier and northern Pennsylvania with the best of PBS and NPR programming along with classical music and jazz. WSKG operates 4 TV stations (PBS, PBS Kids, World and Create) and 2 radio stations (WSKG-FM and WSQX-FM). WSKG is operated by WSKG Public Telecommunications Council, a private non-profit corporation chartered by the Board of Regents of the State University of New York in association with the New York State Department of Education, and provides a public educational telecommunications service under the governance of a Board of Trustees which is selected from the communities served by the station.