If we expect change to happen, people with lived experience must be part of the discussions to build and sustain hunger-free communities. The Food Bank of the Southern Tier’s Speakers Bureau builds leadership and public speaking skills of people living in poverty so they can raise their voices in the work to end hunger. Graduates are equipped to share their stories and change the narrative about poor people, and to illustrate the complexities of poverty and food insecurity in the United States.

These collective voices come together to educate elected officials and the general public on the root causes of hunger; and shines a light on the often hidden crisis of hunger, and make the issue more personal by connecting people who are struggling to get by and have been subject to a broken system that keeps them in poverty.

The first Speakers Bureau class was held in spring 2016. A second class graduated in spring 2017. So far, Speakers Bureau graduates have aided in research with local colleges, participated in various community boards and committees, helped execute community food security programs, visited elected officials in both Albany and Washington DC, and educated many public and private groups about their experiences with food insecurity and poverty. 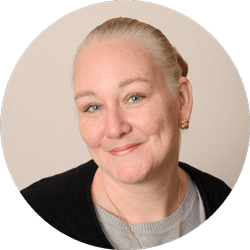 Jackie has known poverty all her life. As a child, her parents struggled to care for her and she was in and out of foster care. She is now a single mother to four children. She has struggled through abusive relationships and agoraphobia, which has made it difficult to leave her home. Through the Speakers Bureau, Jackie has gained skills and built connections that have accelerated her personal and professional growth. She is proud of the progress she has made and the example she has been able to set for her children. 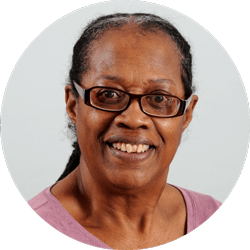 Dee offers perspective on life in prison and life after prison. She shares her insight on how poverty and incarceration are intertwined. Dee participated in college courses while serving her sentence. She was working on medical assistant certification but a series of retinal strokes left her disabled and led to her dependence on assistance programs. This mother of six grown children hopes to start a support group for formerly-incarcerated women. 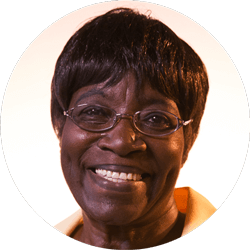 Josephine has lived in poverty all her life. She left her home in Alabama to come to New York City as a domestic housekeeper in the 1960s. She then moved to Binghamton with her young son to continue her education. She has dedicated her life to community activism and organizing; helping low wage workers, the elderly, and people with disabilities realize they have the power to change their outcomes. Jo has a deep understanding of the root causes of poverty and the systems that keep people in it. She shares how poverty has impacted her life, and she calls for an end to this “painful and humiliating disease.” 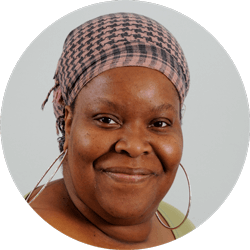 Rosie was born and raised in poverty in New York City. Rosie has worked tirelessly over the last 20 years to recover from domestic violence and provide a better life for her children. She attended college but encountered too many financial barriers to complete her education. She is a certified EMT and would like to pursue a two-year degree as a lab technician when her finances allow. Rosie is an unofficial community resource manager who educates others on available community resources and how to access them.

As a young child, Melissa experienced abundance on the family’s farm. When her mother remarried, though, everything changed. Her step-father was controlling and abusive; Melissa became pregnant at 14. Melissa and her mother became isolated from the rest of the family and they fell into poverty. A mother of three, Melissa provides daycare and her fiancé works as a handyman and dish washer. Melissa has an incredible smile that illustrates her undeniable authenticity and kindness.

Rosemary cared for others as a nurse until chronic pain ended her career after 24 years. Rosemary struggled to keep her sense of self when she could no longer work. She spent all her savings while she waited for Social Security Disability benefits to kick in. Formerly self-sufficient, she had to rely on family to get by. Rosemary has found new purpose in volunteering at her local food pantry and advocating for resources for her community. 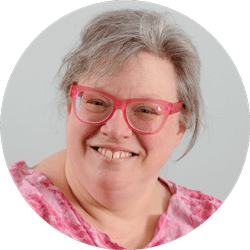 Wendy was raised in a middle-class family. She sustained a traumatic brain injury on the job which left her permanently disabled and unable to work. She is entirely dependent on social programs. Wendy credits Medicaid with saving her life. Wendy has a dry sense of humor and quick wit. She is a self-described politics junkie. 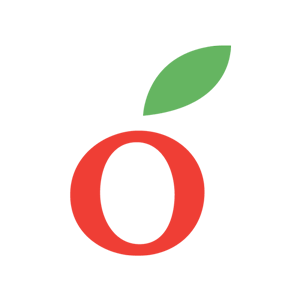 Catherine runs a small mechanic shop with her husband, and the two struggle to make ends meet. Before joining the Speakers Bureau, Catherine suffered chronic illness. She began responding to newly-developed treatments after introducing fresh produce from her local food pantry and farmers market. She made a recovery her doctors had thought was impossible and has become an advocate for child and senior nutrition. 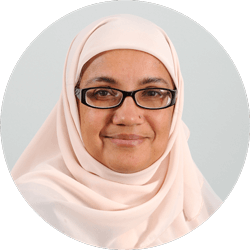 After living in England, Jamaica and Canada, Lorna moved to Broome County after a life-changing event disrupted her financial situation. She is now a United States citizen. Lorna lives in a “food desert” and is concerned about the quality of food available to her family. She believes in the health benefits of locally-grown produce. Lorna was a teacher in Canada but needs an additional master’s degree to teach in the United States. She is continuing her education while raising her family. 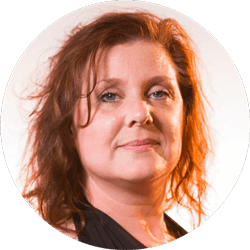 Dawn is a survivor of abuse and single mother to a child with special needs. With the help of her mother and her faith, Dawn works to overcome her struggles and work toward her personal and professional goals. With strength and humor, she shares her winding path to achieve her dreams while working to beat poverty.

Speakers can discuss the broader topic of hunger and food insecurity in the Southern Tier as well as their own specific areas of expertise. Speakers can address a large or small group in settings such as a panel, interview, presentation, community cafe, event, or a less formal talk. View speaker profiles above and contact the Food Bank to get more information about the speaker, including availability and stipend cost.

Interested in facilitating a Speakers Bureau class or starting your own program? Contact
Randi Quackenbush, Director of Community Impact
607.796.6061 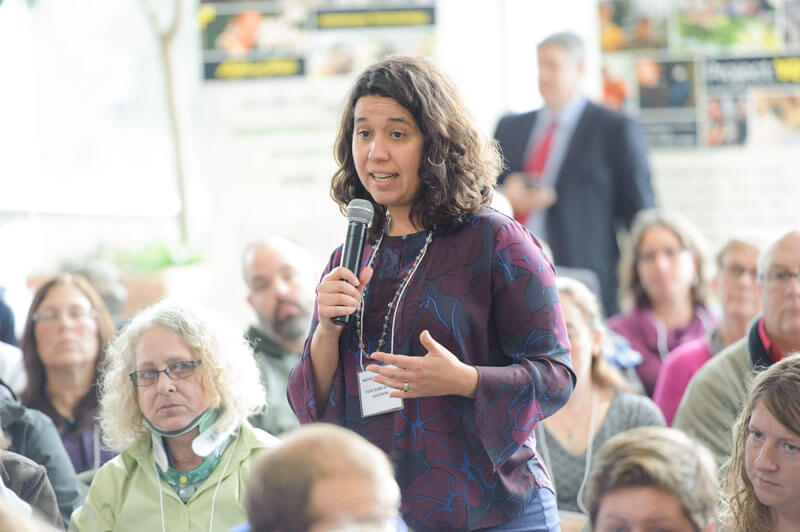 Do you have experience with food insecurity? Share your story!

We are seeking the leadership of experts in lived experience of hunger or poverty whose voices are underrepresented in the anti-hunger movement. We’re looking for folks from all walks of life! Speakers Bureau graduates will be problem-solvers who share their experience and information about poverty and food insecurity with their community and elected officials.

If you are in need of assistance, find a nearby food pantry or meal program near you