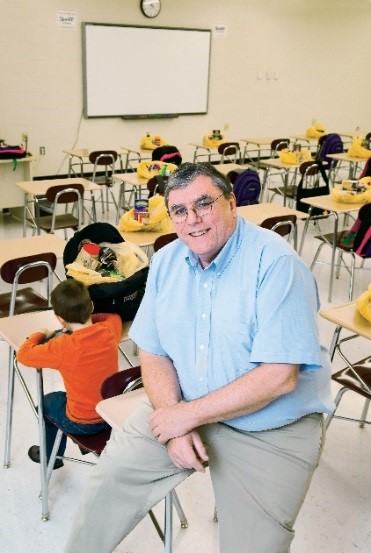 A remembrance by
Natasha R. Thompson
President & CEO of the Food Bank of the Southern Tier

As the year was drawing to a close, I was heartbroken to learn that longtime friend of the Food Bank, Ray Denniston, passed on Christmas Eve after a long battle with cancer.

Ray served on the Food Bank Board of Directors around the time I became President & CEO in 2008.  I had known Ray since 2003 when I hired his daughter, Karrie, as our Agency Services Assistant. Karrie later went on to work at Feeding America and is now at the Walmart Foundation.

As the Director of Food Services for both the Susquehanna Valley and Johnson City School Districts, Ray had seen the reality and impact of child hunger first-hand, and he became a tremendous advocate for hungry kids. Ray was the inspiration for the Food Bank’s focus on child hunger and helped us establish the model for BackPack Program by hosting a pilot site in Johnson City in 2005. 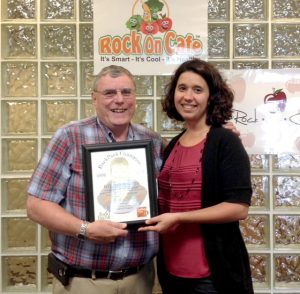 Ray and Karrie were both BackPack Champions. Read more. Ray inspired our advocacy work, especially around the Summer Food Program, advised us on the development and creation of our Hunger 101 curriculum, connected us to amazing partners in Broome County, recruited his colleague Mark Bordeau to our Board of Directors, encouraged us to build a stronger relationship with CHOW, and helped establish the Broome County Child Hunger Task Force.

Even if you never met Ray personally, you have seen his influence in much of our work. Our Food Bank would not be the organization it is today without Ray Denniston.

On a personal level, Ray was a mentor to me and many on staff. He was kind, generous and absolutely committed to building community through food. He inspired so many people to do good in the world and, in that sense, his legacy will continue to live on.

Ray’s family created a website to honor his life and I hope you will take the time to
learn more about this amazing man.