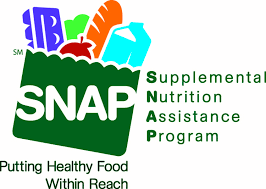 ELMIRA, NY – On April 1, 2020, a new rule on eligibility for the Supplemental Nutrition Assistance Program (SNAP) is set to go into effect. It could result in thousands of New York state residents losing SNAP benefits, including about 3,330 in the Southern Tier, according to Hunger Solutions NY.

“More people will lose access to SNAP benefits earlier than they would have, meaning they will seek out the help of the Food Bank and its partners instead of using SNAP. For every meal provided by a food bank, SNAP provides nine, and our network cannot absorb this increased need,” said Lyndsey Lyman, Food Bank Advocacy & Education Manager.

“SNAP is our nation’s first line of defense against hunger and by further restricting who is eligible for SNAP, the federal administration is only further hurting people who are already in need,” Lyman said. “The problem with the change in waivers is that they were there for a reason – because there aren’t enough living wage jobs to go around in those areas. People want to work and to contribute, and to provide for their families themselves. However, when well-paying jobs are not available and hours are not steady, people still deserve to eat.”

The USDA published its final rule restricting states’ ability to waive areas of high unemployment from the SNAP Time Limit Rule in December 2019. Currently, people ages 18-49 who are considered physically and mentally able to work and don’t have any dependents must be working or volunteering at least 20 hours per week in order to receive SNAP benefits. They must then track and report these hours monthly by phone, mail, or in person. Those in this age bracket who do not meet those criteria can only receive SNAP for three months in a three- year period.

Up until now, states with high unemployment rates could receive a waiver to the SNAP time limit rule. Currently, New York is one of 36 states that waive this rule in certain areas to ensure continued SNAP access for individuals in areas with insufficient jobs.

SNAP participation tracks unemployment levels and expands and contracts with the labor market. When the jobs market is good, SNAP participation goes down. The current proposal was included in the Farm Bill reauthorization in 2018 rejected by both branches of Congress.

Now, with sweeping changes to the waiver process, Hunger Solutions NY estimates that about 3,330 people in the Southern Tier could lose SNAP benefits. The estimates by county are:

Across New York State, an estimated 113,000 individuals will be newly subjected to the rule, including 73,000 people in NYC and 40,000 upstate. With the cuts, the NYS economy stands to lose $102 million annually in SNAP benefits. That’s fewer federal dollars flowing into local grocery stores and farms.

While the final rule is scheduled to take effect on April 1, 2020, national anti-hunger advocates are evaluating all options to fight this rule.