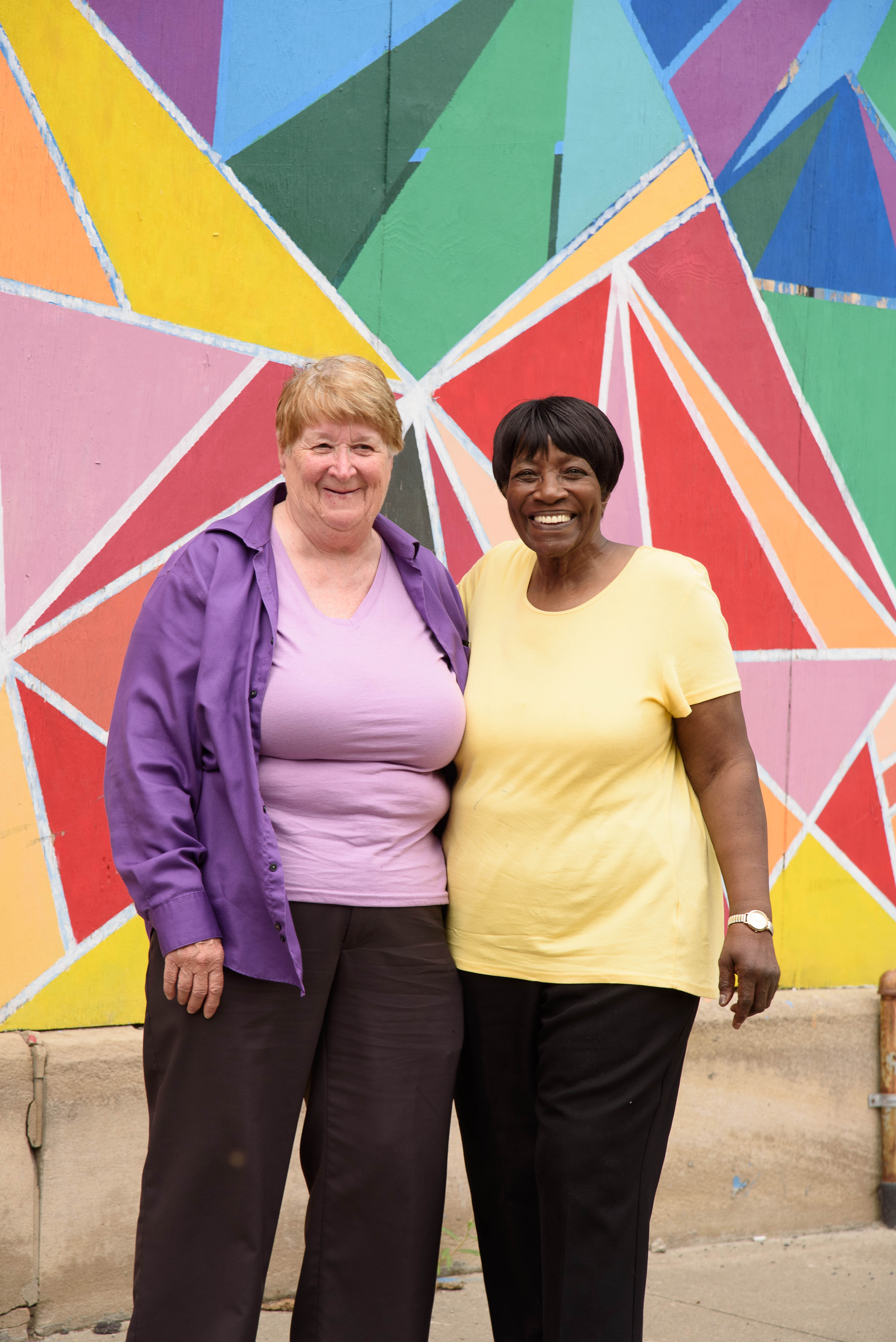 Judy and Josephine developed a friendship and a common goal through the Food Bank’s Speakers Bureau.

Josephine Burrell has been advocating for low-income housing for more than half her 77 years. And now, she wants to build low-income homes. Tiny homes. Homes that people with low-to-moderate incomes can own, afford and take pride in maintaining.

“It’s not enough to talk about getting poor people jobs or housing. Let’s talk about upward mobility,” Josephine says. “I want people to
look at us differently.”

Josephine, a graduate of the Food Bank’s Speakers Bureau, began participating in an anti-poverty initiative at the Broome County United Way a couple of years ago. A small group formed and began meeting over brunch and talking about the concept of small homes that could revitalize blighted city neighborhoods and provide stability and dignity for people who’ve never had the chance to own a home.

“Working poor people cannot afford a regular home. Janitors, nursing aides, cooks, grocery workers — people who take care of things that make everyone’s lives better — their lives should be different,” Josephine says. “And middle-class people who work so hard to get a home can miss one paycheck, get evicted, and lose it all.”

Joining Josephine in her crusade is Judy Irwin-Salton. The pair met during Speakers Bureau training in Binghamton in 2016. Josephine was a participant, and Judy was a volunteer trainer from Binghamton Toastmasters, an organization dedicated to fostering public speaking skills and confidence.

“Listening to their speeches was inspiring,” Judy says. “What I got out of it was probably as much, if not more,
than the Speakers Bureau participants.” 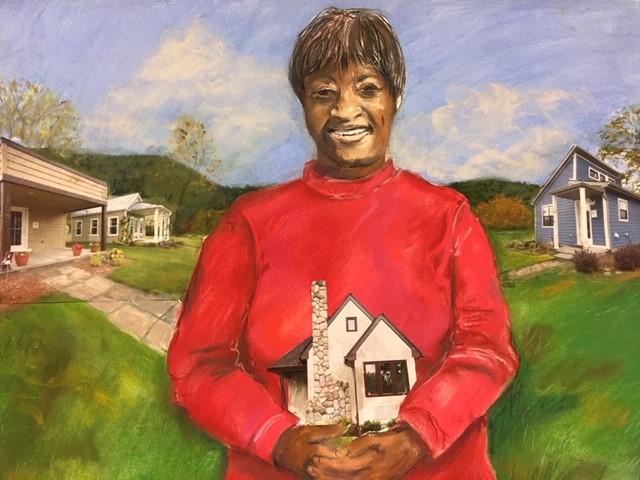 “And it turned out to be Josephine behind the project!” she says. Judy has been a project committee member ever since.

The tiny homes project will develop well-built houses on small city lots; some just big enough for a family, others small enough for a senior couple or individual, and still others accessible for wheelchairs and medical equipment. But, all homes would be new builds with little to repair and small enough to maintain on a limited budget.

Built into the tiny homes plan are low interest mortgages, an investment savings plan for repairs, and an education program about basic home ownership and maintenance. Judy says the tiny homes project will provide training in carpentry and other building trades, creating employment opportunities for neighborhood residents.

Josephine says the project has received an outpouring of support from bankers, attorneys, builders, designers, engineers, city officials, and other community members who want to get involved.

“Imagine this ‘poor little Josephine’… All my life, I was told I’m nothing, worthless, ugly, not good enough. And here they are, doing everything in their power to make my dream a reality,” she says.

The Tiny Homes Community is finalizing its not-for profit status and aims to raise $1 million by next summer and build three homes before the end of next year. And the end goal? Josephine envisions neighborhoods of tiny homes in Binghamton, filled with “kids on bicycles and seniors on their scooters, and people in wheelchairs out on the sidewalks in front of their own homes.”

We have no doubt that Josephine, and the community she has connected, will make it happen.

learn about the speakers bureau